Welcome to The B & The T, our blog. A taste of the good times before you set foot through the door.

“Refreshingly down to earth but
serious about quality drinks and
traditional pub grub, the Blacksmith
and the Toffeemaker shows how it
should be done.”
View London
“Everything we tried was excellent…
So this is a welcome reversal
of the formula: plain dishes delivered
with expertise and sophistication.”
David Sexton, Evening Standard

What's On - Upcoming events at The B & The T 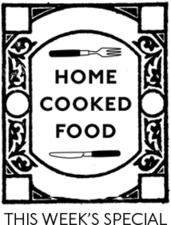 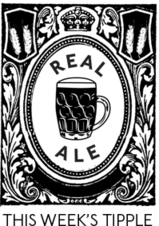 Although the Blacksmith and the Toffeemaker may seem like a slightly bizarre name for a public house there is a degree of method to the madness.

In the late 60s and early 70s a giant of a man called Jake Thackray could be found on BBC television singing topical songs with an inimitable broad Yorkshire drawl. His music was a mixture of the french folk stylings of George Brassens smattered with distinctly British post card humour and wistful country side imagery.

Aside from being a television and radio turn Thackray was also a recording and performing artist in his own right. He produced 4 studio albums between 1967 and 1977 and it was from his 1968 Abbey Road produced effort called Jake’s Progress we see the appearance of a song entitled The Blacksmith and the Toffeemaker.

The song is derived from a paragraph in the Laurie Lee novel Cider With Rosie. It depicts the unlikely series of events which result in the humble blacksmith and equally quaint toffeemaker finding love together. The song is an exquisite showcase of Thackray’s unique British chanson stylings and absolute mastery of the English language.

Despite over 1000 television appearances and countless radio spots Thackray died in obscurity in 2002 having filed for bankruptcy two years previous. He left behind a wonderful body of work and a small but hugely committed cult fan base. Some of these fans came together to form the Jake Thackray Project who were partially responsible for bringing the latest four CD collection called Jake in a Box which is now available to buy in shops